We are reviewing a Tumblr email marketing campaign for the second time here. The first time back in January, we reviewed a very simple campaign.
This time, it’s all about smartphone apps promotion. In the email below, Tumblr puts total focus on their apps. The apps involved are for iPhone and iPad, Android and Windows Phone platforms.
Subject line: Get Tumblr for your smartphone.‏
Notice how apps are not mentioned in the subject line, and the subject line is very short and to the point. 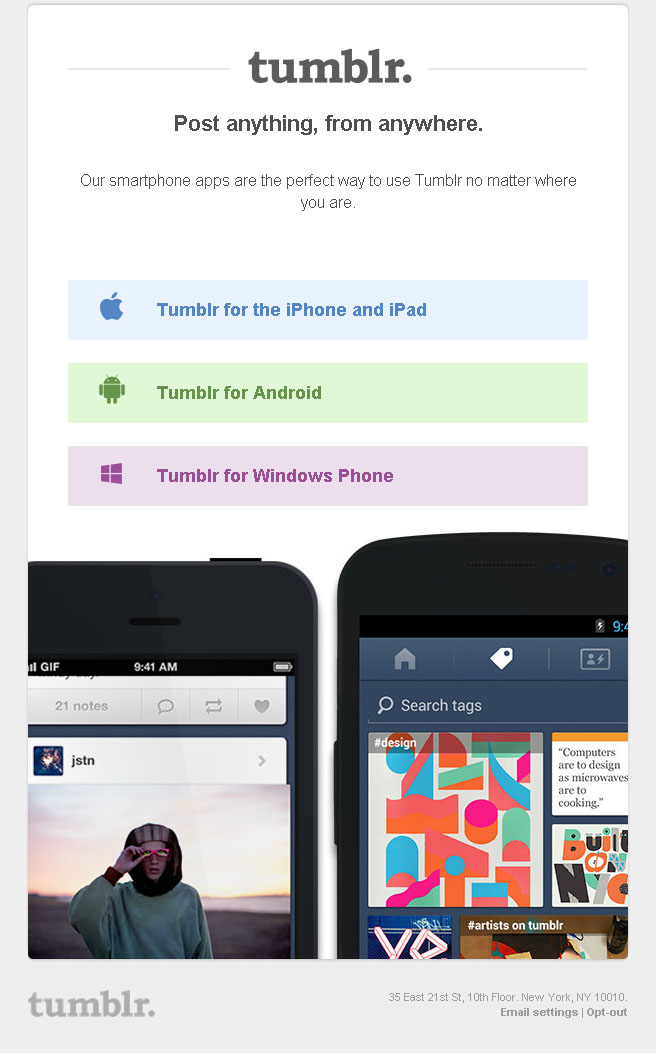 What you don’t see in the image above is that the links themselves are totally text. Onlt the icons and smartphone images below are graphics. The icons are nice hat-tips to the various platforms.
Just like their previously discussed email, this one breathes simpleness. It is for that reason that it is so strong. A simple headline and subtext. The download links and two images. What more is needed to persuade people? Nothing in this case.
Tumblr email marketing could be called simple, but then again: why would you make something like promoting the use of Tumblr complicated? The platform is simple, and it’s this basic form that makes it attractive. It’s just the same as with Twitter. Some people don’t like Twitter, but others do: they are attracked by its directness, need to be brief and wide reach.