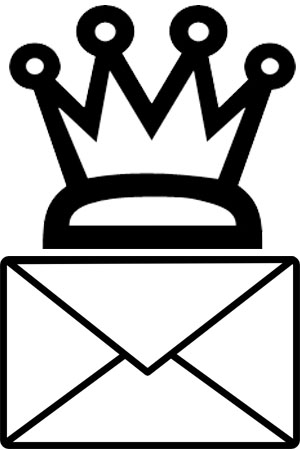 Here’s something us email marketers have known for a while, but now has properly been studied: email is more popular than social media despite all the buzz, a study reported on by Mashable notes.
Actual email usage varies a lot per country. 94% of people in Hungary use email, while less than half the people having access to internet in Saudi Arabia use email.
Social media usage is high however in certain countries: Argentina, Russia and South-Africa see about 75% of its internet users use social media. USA is at 61% for social media usage.
As for other internet uses, Voice over IP (VOIP) is picking up quite a bit, especially in Russia, Turkey and India. Countries lacking in the VOIP uptake are France, USA and Brazil.

Private research firm Ipsos polled 19,216 adults in 24 countries last month and found 85% of them used the Internet for email while 62% used it for social networking. Keren Gottfried, research manager at Ipsos, says she expected email use to trump that of social media.

Attempts of both Google (with Google Wave) and Facebook (with Facebook Messages) to introduce a new kind of online communications king instead of email have failed so far. Google Wave has been sunsetted in late 2011, while Facebook Messages hasn’t seen as much use as had been expected either.
Even though this is an email marketing blog, we still love social media: each channel and platform has their own distinct uses.
[relatedPosts]