MailChimp has announced a new release on their blog: release v8 to be exact. It’s a major release that includes a long-awaited big feature: multi-user accounts. These multi-user accounts allow an admin to handle permissions for other types of users.

Here are the four permission levels:

Ben notes in his blog post that a lot of feedback has been gathered over time about user-levels and permissions, and that this has been rolled into this release in the most workable way for the end-user.
Other features that will be released next week include the following:
– Multi-account login (selecting the account and type of login to use)
– Switching accounts after being logged in
– Authors can send a message when their campaign is ready to be sent out
– Security controls for admins
– inviting new users to join an account
– account keys to be converted to admin-level users
This and a few more features/changes will be included. To read the full story, head over to the MailChimp blog.
[relatedPosts] 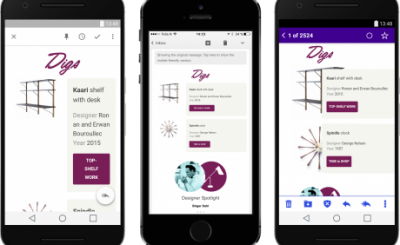