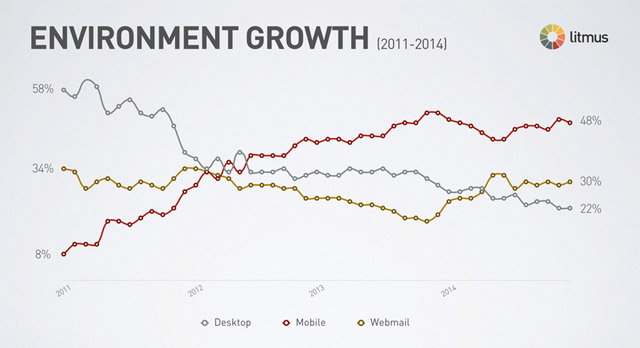 The rise of mobile over the course of 4 years is undeniable, as is (logically) the decline of desktop. However, since late 2013 webmail has made a comeback, making up 30% of all opens in late 2014. This comeback may be due to changes at Gmail, which is why an adjusted email client stats overview for 2014 has been posted: 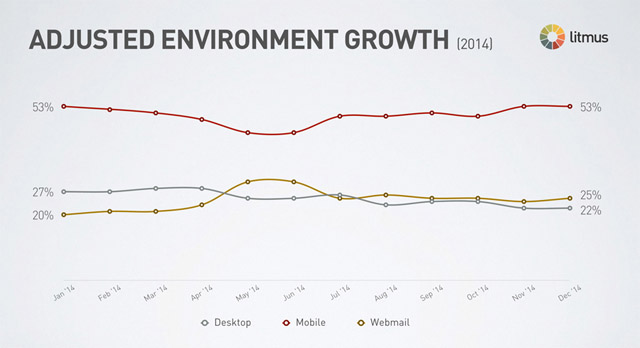 With the adjusted numbers, end-of-year scores are: 53% opens via mobile, 25% via webmail and 22% on desktop. Quite a difference from 4 years ago when it was 8% mobile, 30% webmail and 58% desktop. In just a few years, mobile has taken the clear lead in the email landscape when it comes to environments.
About those platforms: which ones lead within the mobile environment? Here’s the email client stats on that: 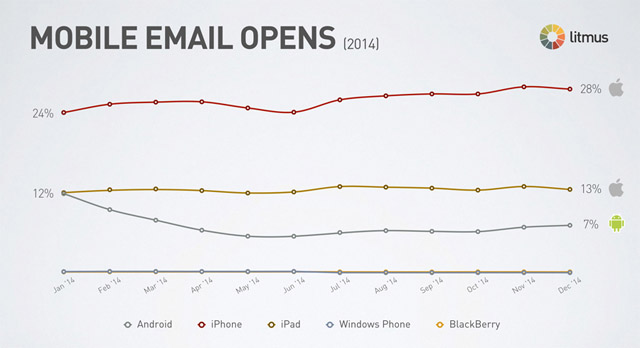 While sales of Android devices have outnumbered iOS-based devices in the past year, it’s not (yet) the case in mobile email opens. APple leads the game with the iPhone at 28%, the iPad at 13% and Android at 7% as of December 2014.
While this may seem odd, don’t forget that the Gmail changes (which is the default client / email account on Android) affected Android – those opens are now noted as Gmail webmail opens.
Looking at the specific email clients across the board, the Apple iPhone leads with 28%, Gmail behind it at 16% and the iPad third with 12%.
Here’s the top ten email clients of 2014: 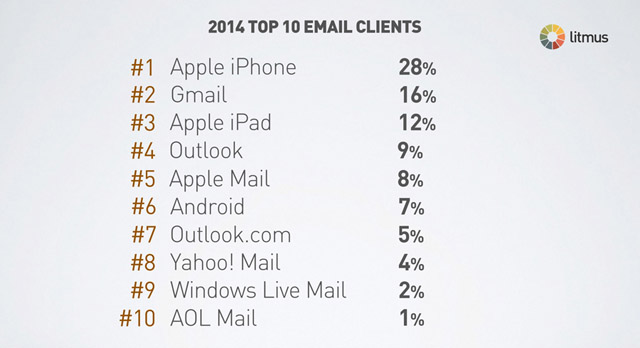 Naturally, your own experience with email opens by your audience may vary from the above top ten. The sample size was quite big though: no less than 12 billion emails sent in 2014 were included in the report.
You can read the full article with more details and other stats on the Litmus blog.
[relatedPosts]