A new Listrak study involving the email marketing programs in 2014 of the top 1,000 retailers in North America shows that they are using more personalization and offering fewer discounts.
List building has become the focus of internet retailers as well, having them pursue new subscribers in many ways. However, mobile shoppers are still left out according to the Listrak study.

Among the findings in the Listrak study is the fact that 22.2% more of the Top 500 retailers sent personalized emails in 2014, and 7.5% more in the Second 500. More retailers are using product recommendations in email increasing the level of engagement and personalization.
When it comes to product ratings, only 5.8% of the Top 500 retailers put them in their email campaigns while 77.7% of them display them on their websites. Even so, that 5.8% is an increase of 70.5% over 2013. Also, 55% of Second 500 retailers show ratings and reviews and 6.2% used them in e-mail campaigns, an increase of 31.9%. 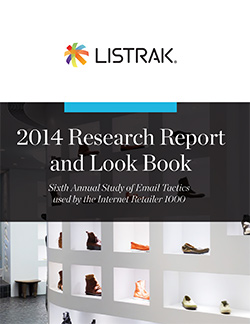