Return Path has done a research study which they present in a document called “Where Are We Viewing Email Now?” The document involves email usage stats on desktop, mobile and webmail throughout the period of April 2011 up to and including September 2011. Next to client and platform usage, industry details on usage are involved as well.
A small summary of the findings:
– Usage shares: webmail 44%, desktop 33%, mobile 23%. Mobile is up by 34% in the measured period, webmail and desktop down (11% and 9,5% respectively).
–  Mobile and webmail usage was highest in the weekend (especially Sunday), desktop high point was Monday.
– iPad usage is exploding: a 73% increase over the measured period.
– On the desktop email space, Outlook remains on top with nearly two-third of the market, Apple Mail has nearly one-third. Lotus Notes (smallest usage base) is at 0.34%. 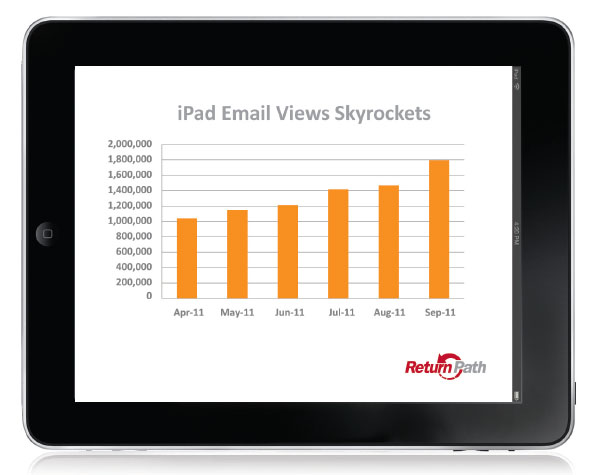 The study was based on over 400 million data points from more than 200 different Return Path clients. You can find the document here for download at Return Path.
[relatedPosts]