The Internet was invented in the early ’90s by Sir Tim Berners-Lee. That makes it about 20 years old. However, email is twice that age: over 40 years old! Invented by Ray Tomlinson in late 1971.
So the question is: how did people send each other email between 1971 and 1991? Here’s the illustratory email comic:

The first software to actually organize email was invented in 1975, with commercial software appearing in 1976. Later on, MS-DOS arrived, as well as Windows, with respective email clients.
Here’s Microsoft Mail from the late ’80s: 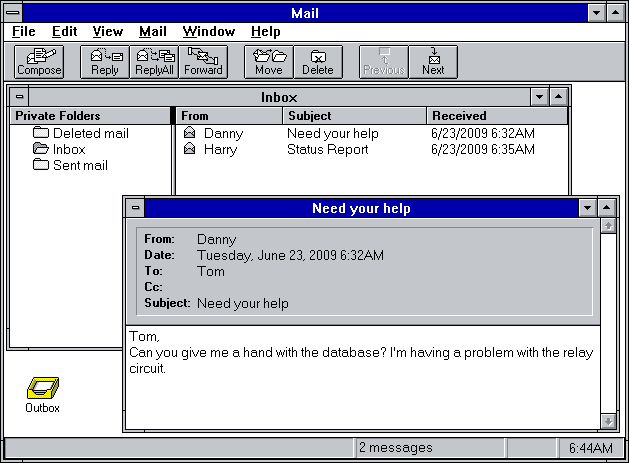 Compare that to Outlook 2010, not much has changed in basic functionality has it 🙂
Last bit of email history: did you know that, before 1982, when MTAs could use TCP/IP to route email, they needed FTP to send and receive email? Never guessed that huh!
[relatedPosts]

Marketing comic – does your email answer the questions?

Figuring out what email is – XKCD email comic

Did you get my email? Email comic