As you can see from the graph below, the spam volume is still a large part of total email volume, but dropped below 70% for the first time last year: 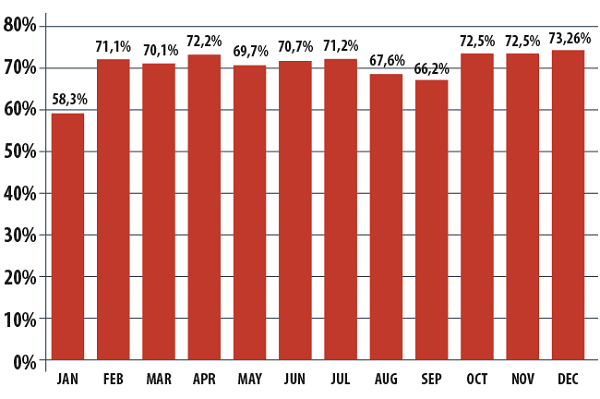 One disturbing trend the post points to is that of ‘gray’ mail: official email sent via ‘good’ servers and senders, but to email addresses that have been purchased. Also, Kaspersky Lab detected a lot of fake messages seemingly coming from antivirus vendors. Names involved include Trend Micro and Symantec.
To read the in-depth article with all details, head over to this page.
[relatedPosts]