Google Keep has been launched by Google, allowing you to save notes and tasks for later. Notes you create are stored in Google Drive. This allows for syncing those notes to other devices you use if desired.

Google Keep is a service with which you can save ideas and things for later. You can add checklists or photos to assist your digital memory in the app. Speech is also an option: voice-memos are transcribed by the app. When you have an older Android device, you might not want to get too excited though: the app is only available for Android 4.0.3 and up (Ice Cream Sandwich). If your Android powered smartphone or tablet is older than say, 2 years, it will probably not run 4.0+.
The promotional video:

The official list of things you can do with it:

Here’s the interface of the app: 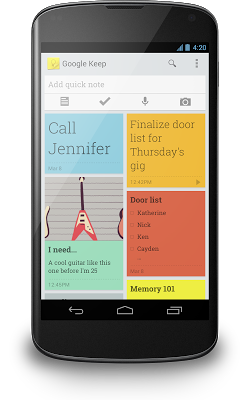 It also has a lock screen widget for your convenience:

You can start using Google Keep via Google Drive: create and edit notes via this link. The app can be found here.

While there are other types of such apps and services available (like Evernote), there is one that Google Keep resembles a lot:

Yes, it does look quite look Pocket (formerly known as Read it later) indeed. Here’s the Pocket interface: 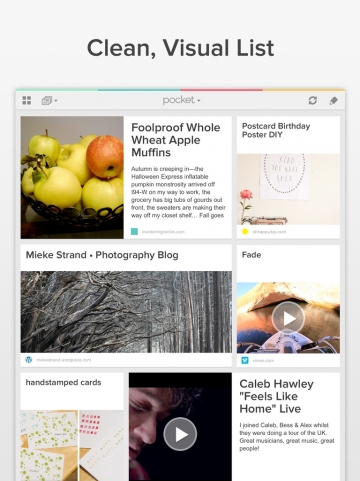 Even the pastel green, blue, pinkish and orange colors are quite close. Another app that comes to mind is Any.DO, a task app which includes cloud syncing, collaborative lists and tasks and more.

How long will Google Keep last?

With the unforeseen and not-well received shutdown of Google Reader this summer, the following question is raised with new projects and service launched by Google: how long will it last? Luckily, Charles Arthur of The Guardian has posted a nice statistical overview of 39 Google projects and services that have been killed off over time. Here it is: 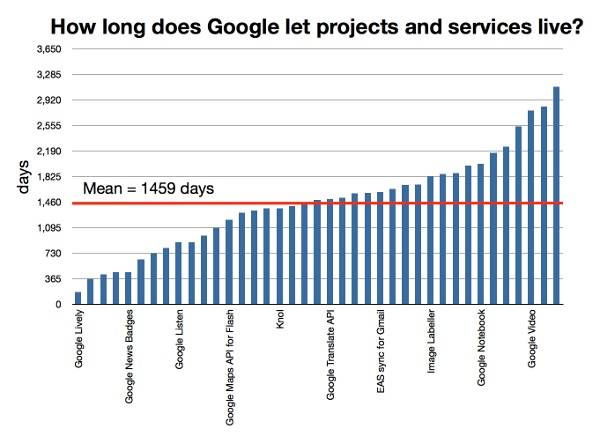 On average, a Google project or service (that has been cancelled) lives about 1459 days, or nearly 4 years. When Google Reader shuts down on July 1st, it will have been around for 2824 days (or 7,7 years) while Google Wave was shut down after 1,095 days (or 3 years). Postini, a spam filter service, was also cancelled last year, with users being moved to Google Apps.
If you already use a notes/task app, you might want to stay with that. If not, Google Keep might be an option. However, keep the above in mind: Google has been shutting down more and more projects, with several being quite loved by a wide audience (like Google Reader). If you are willing to trust Google with your personal notes and tasks, by all means, give it a spin. If not, you might want to try one of the alternatives like Evernote, Pocket or Any.DO.