The Dropbox blog has been updated with the news that Dropbox acquires Mailbox, the new style email app. It helps you get your overflowing inbox under control.

Dropbox acquires Mailbox – Get in line

I case you have missed Mailbox, it uses a brilliant way of marketing: making the product really wanted. They do that by using waiting lines to give people access. This makes other people want the app as well.
More importantly, the app appears to be really good at what it should do: keep your inbox a nice place to spend time. The way it handles email makes it more efficient than classic inboxes. The people at Dropbox noticed this too and got in touch with the Mailbox crew. 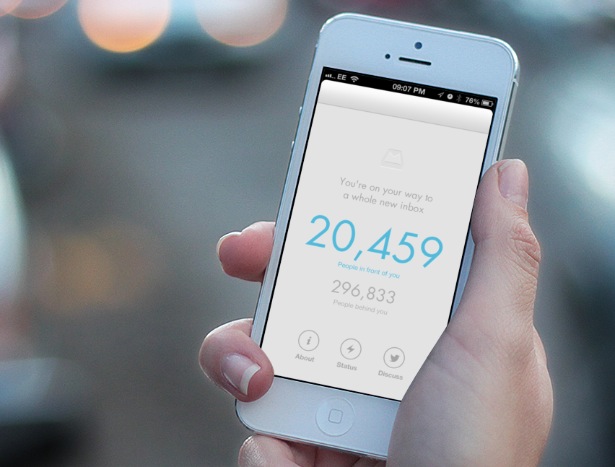 Dropbox acquires Mailbox – The why and the how

The people of Dropbox had their talks with the people at Mailbox when it dawned that they had an important thing in common:

After spending time with Gentry, Scott, and the team, it became clear that their calling was the same as ours at Dropbox—to solve life’s hidden problems and reimagine the things we do every day. We all quickly realized that together we could save millions of people a lot of pain.

All  members of the Mailbox team will be joining the Dropbox team according to The Wall Street Journal.

Users of both services could get a nice benefit of the acquisition: those already using Dropbox for storage of big files attached to emails can look forward to better integration with Mailbox. Those who don’t use both yet can benefit from the joint venture by starting to use both. Mailbox for a prettier inbox, and Dropbox for cloud storage of large files. Usage of Mailbox has one caveat though, for now: you can only use it on iPhone in combination with Gmail, for now.

You can read the announcement on the Dropbox blog here,
[relatedPosts]