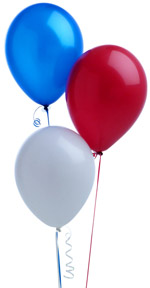 Launching on August 31st, 2010 Emailblog.eu was meant to be ‘my own place online’ to write about stuff related to email. One year later and it’s time to celebrate!
A timeline:
August 31st, 2010: Launch of Emailblog.eu
December 17th, 2010: Hotmail introduces Active Views
January 26th 2011: MarketingSherpa Email Summit takeaways posted
February 27th, 2011: new three-day a week post structure announced
March 4th, 2011: First Email winner posted
March 14th, 2011: First of Email Insight series posted
March 23rd, 2011: Live event report from Fusion Marketing Experience posted
March 29th, 2011: Links to external blogs posted
July 26th, 2011: Emailblog.eu joins Facebook
August 10th, 2011: 250,000 total pageviews reached
August 31st, 2011: One year of Emailblog.eu
One year on and a total of 132 posts have been published including this one: quite a lot! During this period I got in touch with many email geeks (and even met a few in person, which is great) and learned a lot from discussions we had and tips they shared. In this ever changing world life is never boring, so keeping up is important and I’m glad I have this blog to share my thoughts on subjects and show some nice designs in the Email Winners section.
I’d like to use this post to thank those who have contributed either directly or indirectly to Emailblog.eu: either by sharing posts, giving inspiration for posts, commenting, anything: you have helped grow this blog to where it’s at now, so thanks! There’s too many of you to name you all, but you know who you are 😉
Lastly, the future of Emailblog.eu will include going back to the more structured three-post-a-week schedule, and very probably a site design change. Currently two designs are fighting for attention and one of them will win: the new design will then be launched.
Second lastly: Mark Brownlow of Email Marketing Reports suggested on Google+ that I post something about what’s hot in email marketing right now, and what I think should be hot in email marketing: that post is in the works and should follow later this week 🙂
Onwards to another year of Emailblog.eu!

Merry Christmas and Happy 2013 from Emailblog.eu!

2 thoughts on “Celebrating one year of Emailblog.eu”