The Microsoft Kin line (remember that?) was killed off quite soon after introduction: after less than two months on the market the project was stopped and the smartphones never even reached Europe. Rumor has it that less than 10,000 Kin smartphones were sold. According to Tivanka Ellawala, Microsoft’s CFO of mobile communication business the company is now fully dedicated to bringing Windows Mobile 7 to the market.
The Kin smartphones were supposed to appeal to a young hip audience and looked like this: 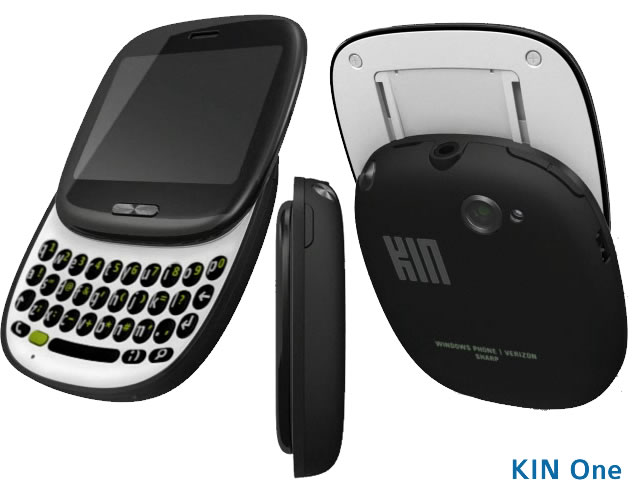 So far the Windows Mobile 7 OS will be implemented by HTC and Samsung: it is unknown which other smartphone companies will be making phones with the OS as well.