Twitter has been switching up its email marketing campaigns. This time: Twitter Worldcup promotion. They have taken time to promote the World cup content on Twitter with this animated email. The email shows the 16 countries remaining in the second round. A screenshot of the Twitter email campaign is shown below, with the animated part separately below it: 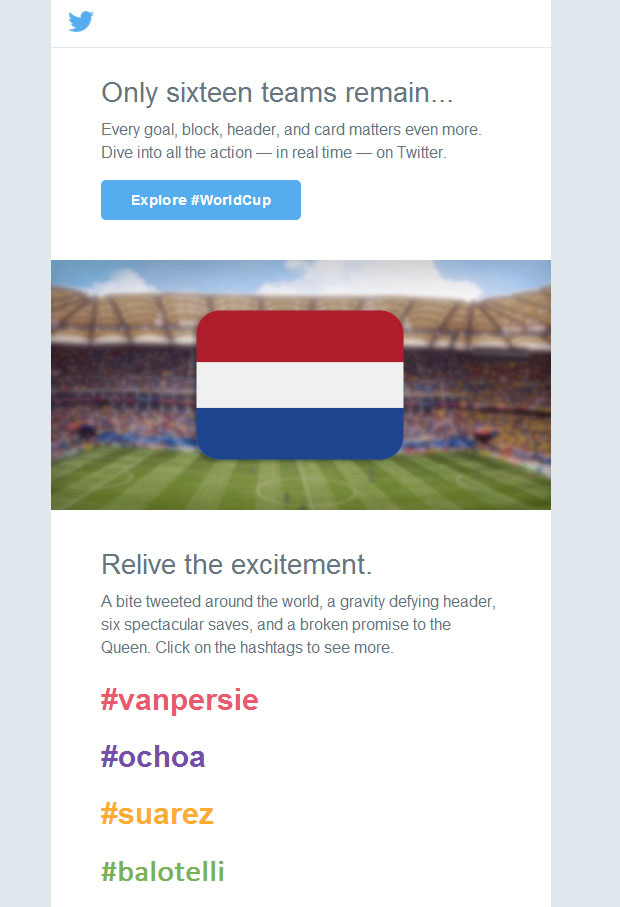 The strange thing is that, while the email itself has a with (on desktop) of 500 pixels, the animated gif itself is 1000 pixels wide.
See original here, and the resized example below:

If you choose to visit Twitter, you will see a dedicated Twitter Worldcup page showing upcoming or currently playing matches, with the option to view separate matches. Of course, the view is based on hashtags used: for the next match that would be BELvsUSA. Here’s the view, in this case with a tweet containing a Spongebob Squarepants image: 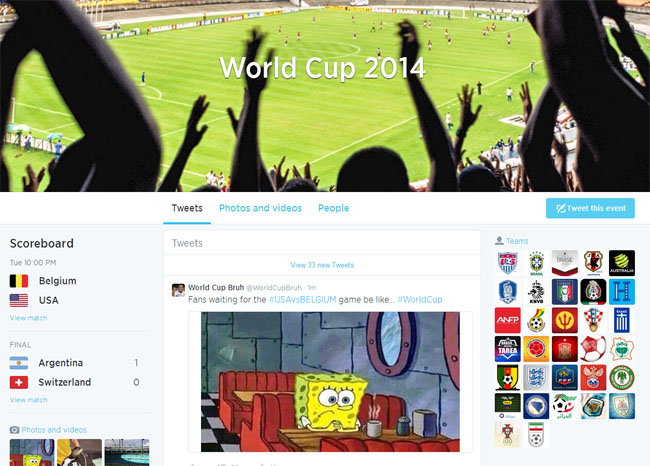 When it comes to real-time social media, nothing beats Twitter. Facebook is not adequate and too slow, and other social media don’t have the hashtag feature implemented as well as Twitter. This promotion shows that Twitter, although being a USA company, understands that the World cup football is a big thing worldwide. Even their own USA team is in the second round, which plays against Belgium today.
This Twitter Worldcup email campaign just shows that with one single email, Twitter knows how to drive traffic to its website. One of the main goals and uses of email marketing, after all.
[relatedPosts]