Tired of all those pings and tunes when you get a new email alert from your smartphone? Scentee steps in to bring you a new way of notifications: by smell. The little device plugs into the audio jack of your smartphone. When receiving an alert, it will give off smells like rose, lavender, coffee or curry.
Here’s what it looks like: 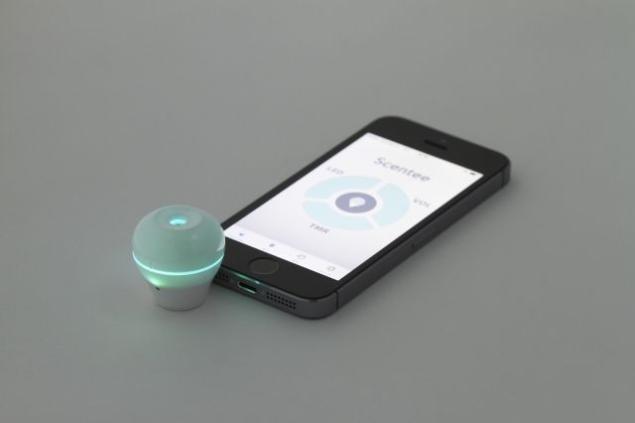 When plugged in, the device needs to talk to its supporting app first. You’re probably thinking already: ‘Hey, that gizmo must be very expensive, or won’t be available for a while!’ Well, it’s already for sale in Japan. The price: $35. The launch in Japan was back in November, and it’s already a big hit there.
Several scents is not all the Scentee has got up its sleeve: it’ll also glow in several colors, thanks to built in LED lights.
Right now, there aren’t many scent capsules available for the Scentee, but because its introduction into other markets, other scent capsules will be created by the device’s inventors.
The Scentee works with Apple and Android based devices, and refills cost $5 each. The only drawback: it can only give off one scent at a time, so assigning different scents to different alerts is not possible yet.
Will you be buying one for your smartphone?
[relatedPosts]