The people over at Litmus have introduced Image Check, a tool to check your email for broken or slow-loading images before sending. The Litmus Image Check tool is part of the email previews test. It will run in the background while emails are handled by the Litmus test platform.

The Litmus Image Check tool will show the following:

Image Check shows the loading of images like the developer tools in browsers (see the part under improving network performance): like a waterfall. See the example screenshot below. 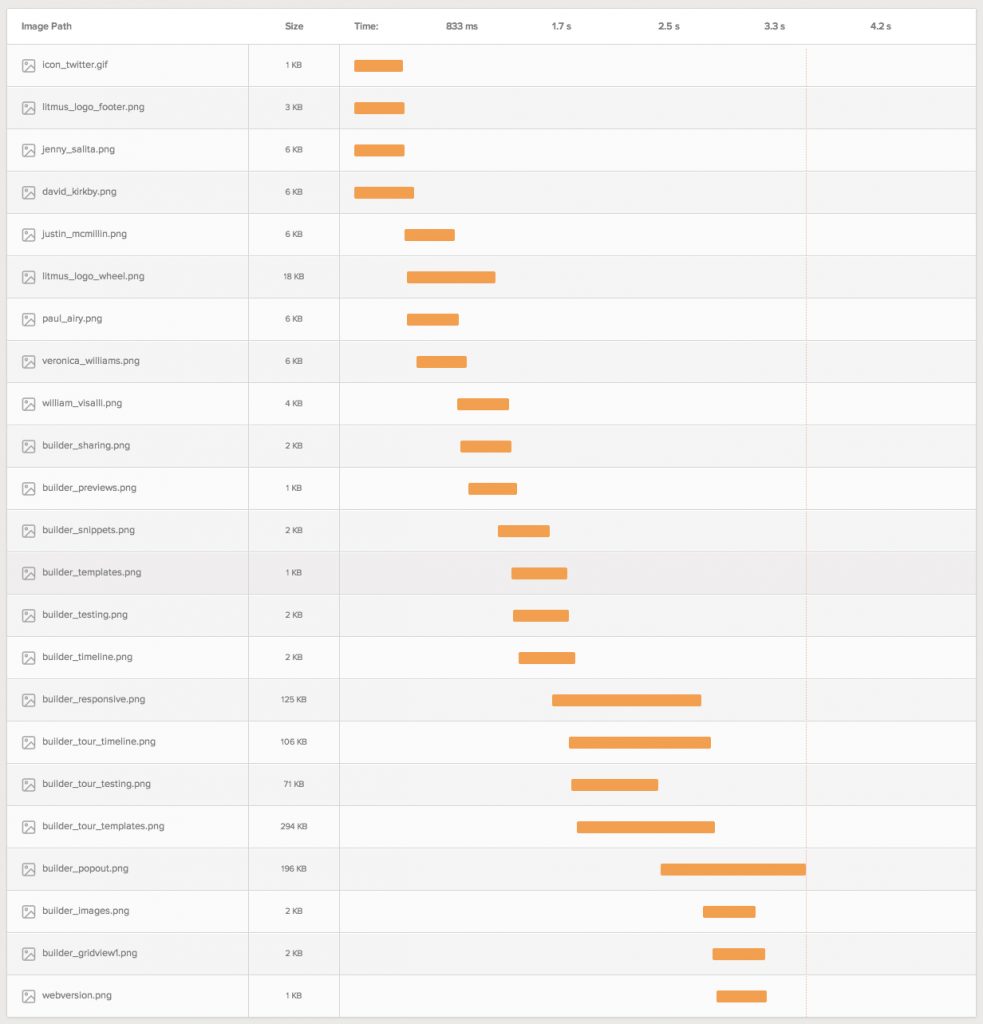 An important note from the Litmus Image Check announcement about images loading from the same domain in an email:

“Typically, images for an email are all hosted on the same domain. There is a limit to the number of simultaneous connection requests that an email client can make to the same domain. Many people won’t be aware that email clients will only open between 4-6 images at once. For example, while Outlook and most desktop clients load four images simultaneously, iOS loads five.”

That’s the reason you’ll see bursts of images being loaded: because of the number of connection requests allowed.
A tip provided by the article about Litmus Image Check is that images should load as fast as possible: for example, users visiting a website expect it to load within 2 seconds, and will leave if it doesn’t load within three seconds. Talk about patience! Not. The good news mentioned in the update is the fact that many emails’ images load within those two seconds. Only 12% of the sample looked at took longer than three seconds to load, and 7% took longer than five seconds to load.
The rest of the post gives tips about image sizes as well as about using animated gifs. There was also an image in the emails checked that was of a massive size. Check out the article on the Litmus blog to find out just how massive.
[relatedPosts]