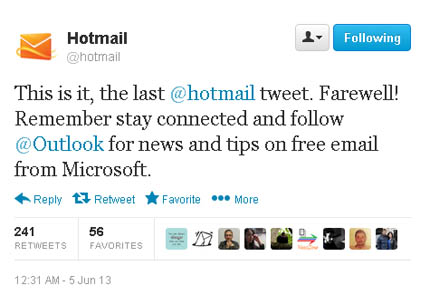 Launched back in July 1996 (as HoTMaiL, capitalization because of HTML in its name), Hotmail became one of the most used free webmail services in the world. Microsoft bought the service in 1997 for $400 million.
Here’s what the classic interface looked like: 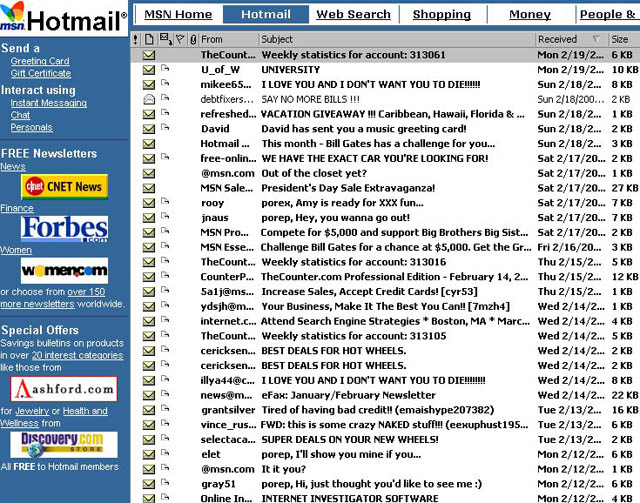 Back in 2012, it was one of the largest free webmail services with about 360 million users. At the time, Gmail was getting ahead at 425 million users. Outlook.com was introduced in July 2012, and afterwards officially launched in February this year. Now it’s June, and Outlook.com has fully replaced the Hotmail webmail service. The Hotmail shut down means an end to an era that lasted over 16 years.
If you were on the internet before 2000, chances are you registered a Hotmail email address at some time or another. Whether it was a throwaway address, a personal address or a group inbox: it was there, accessible anywhere.  After a while though, having a Hotmail address came with a certain reputation. Not too serious, stuck in old times and such. The Oatmeal even made a comic about it: what your email address says about your computer skills.
With the Hotmail shut down and it being replaced with Outlook.com, Microsoft is looking to make the service get a better, more professional reputation than Hotmail. Regardless of the Hotmail shut down, marketing campaigns like Scroogled won’t help them in being taken seriously.
Last month, The official Outlook blog announced that Outlook.com had reached 400 million users. They migrated a staggering 150 petabytes of email in just 6 weeks. The new Outlook.com look is less shiny and colorful (remember the gradients in Hotmail?), to help you focus on getting your emails done. Earlier this year, Microsoft announced that all accounts would be migrated by this summer: it seems they’ve reached that goal with the 400 million active accounts announcement.
[relatedPosts]