Google has revamped their mobile Gmail webmail interface recently, bringing it up to par with the Gmail 2.0 app for iOS. The new Gmail app was launched back in December 2012. As yet, there is no news on the Android app getting an update, but this may come at a later stage. The same applies to the Windows Phone platform – no news there yet.
The interface looks more like the regular deskop web interface now: 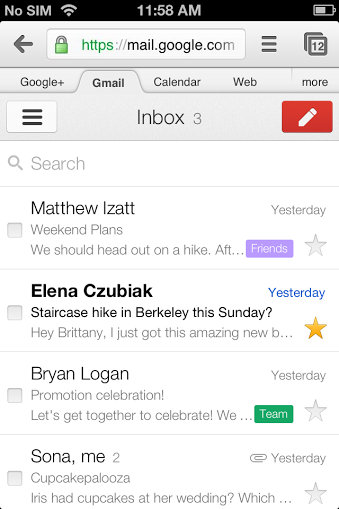 This update is also rolling out for Gmail Offline. New features include improved search and integration with Google Calendar. More Gmail Offline info (in Chrome Web Store) can be found here. The mobile Gmail webmail announcement can be found on Google+ here.