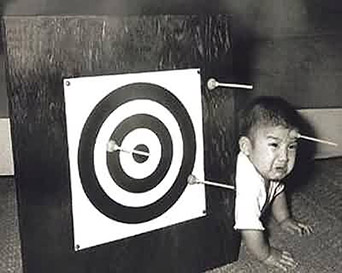 In the old days (let’s say 6 years ago) email marketing was sort of simple. You had one platform called desktops (sometimes portable desktops called notebooks) where people used email clients: either offline clients like Outlook and such, or webmail clients like Hotmail and Gmail.
This would mean that you’d optimize email campaigns for a handful of clients, and mostly manually tested them too: no biggie!
However, along came a certain company that reinvented the smartphone after a few tries by Nokia, Motorola and other brands to do just that. The iPhone (2007) and later the iPad (2010) were introduced by Apple, much to the delight of consumers. Because of their commercial success, all the other companies rallied and started making smartphones and tablets too, which meant even more differentiation on the market.
Meanwhile, what happened to the ‘ol desktop/notebook platform? Screens got bigger, up to 24″ or even 30″ sometimes, but also smaller: enter the widescreen netbooks with weird resolutions like 1366 x 768 pixels.
There is no one standard: you can look here for some of the computer display standards that exist nowadays.
But this post is not meant to focus on platforms and resolutions: its purpose is to draw away attention from those and point out target groups and their behaviour.
When someone receives your email on their smallscreen smartphone, there’s two things they’ll do with it: interact with it, or not. You want them to do something with it of course, because you have spent hard cash and solid time on beautiful email campaigns. However, regardless of the email looking good or bad on that smartphone’s screen, will it mean something to that person?
Can you get the message across what you want from them? What you want them to do with it? What’s in it for them? What’s the actual goal or purpose of the email?
If all those questions are not answered within about 8 seconds, all your effort has been lost on the person receiving the email, regardless of the platform they’re using.
So before focusing on ‘niche’ factors like platforms used by your audience, a better option would be to highlight relevancy: If I don’t care about your email campaign content, why would I bother opening it, clicking on links, buying your stuff?
[relatedPosts]

2 thoughts on “Optimize email campaigns for target groups, not platforms”