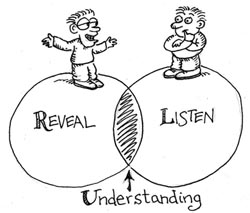 As soon as my girlfriend tells people what I do for a living, people start saying ‘oh he’s a spammer’ or ‘he’s one of those call center guys’. Not funny. At first she would say ‘something with computers’ but I’ve tought her I’m in email marketing. So she tells those people that ask nowadays that I am in email marketing. After that she gets those aforementioned responses.
I’m probably not the only one getting that, but it’s understandable, up to a point. When you combine the words email and marketing, thinking of spam is not totally illogical. After all, until late last year spam was hovering anywhere between 100 and 200 billion messages per day. Some days that was anywhere between 90% and 95% of total email traffic worldwide. Only since February it has dropped to about 30 to 40 billion messages per day. Still a lot, but a lot less thankfully.
Even so there are quite some people who don’t understand what to good guys are doing: delivering the newsletters and email offers they want to their inboxes. I emphasized the ‘they want’ there, because even when people have signed up for something, if they don’t want it they would consider it spam. Don’t forget to read Insights into Social Break-up report by ExactTarget and Email insight: future of email part 2 – Relevancy on that.
What it all boils down to is education. Not knowing the insides of a certain industry makes people quite ignorant. The same goes for online security (see great example in an XKCD comic here) and other more specialized industries. Time to make the general public a bit more email marketing savvy, right?
The way to educate the people without boring them with the tech or nerdy stuff comes down to telling stories and giving simple examples. Daily challenges being put in a little story can tell a lot about your job, especially when you’re in the specialized industry that email marketing is. Storytelling makes it stick with them, and they will remember what you do instead of thinking ‘it’s that spam guy!’. Now go forth and educate.
[relatedPosts]

1 thought on “Email insight: how to lose your spam tag”