Two days ago Paul from the Litmus-team (the email-test guys) posted some preview screens of Facebook Messages: he got his hands on an invite (lucky …) and had a quick look at how it works. It turns out that Facebook Messages by default shows the text version of messages, with URLs not being auto-linked: 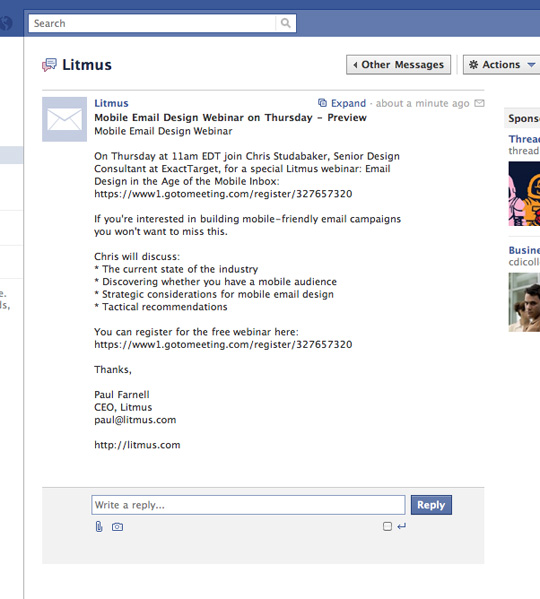 After using the expand button at the top of the text version, the full html version is shown in a separate popover window: 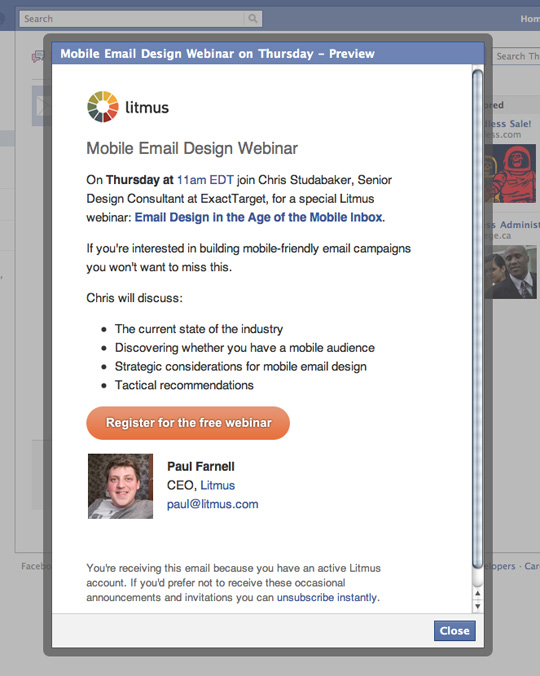 According to Paul the quality of rendering is pretty good: loading happens in an iframe so the email code is mostly left alone. One thing he notes however is that Facebook puts in its own CSS rules, which could interfere with your own CSS in the email. One big bit of news that he mentions is that external images are not blocked:

Note that external images are not blocked. This is great news for email marketers. It would be nice if it didn’t default to the plain text view, but at least the HTML version is displayed pretty accurately.