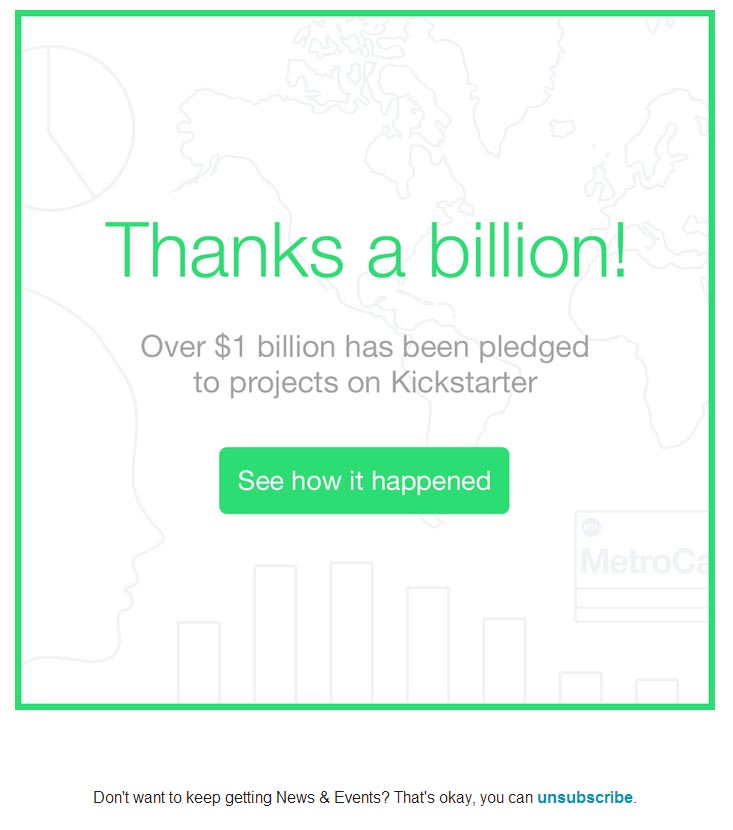 The link behind the ‘See how it happened’ button heads to this ‘One billion dollars’ Kickstarter page. The pages notes the following:

That is of course great news in itself, and I’m glad Kickstarter took out the time to send out a separate email about it, as well as create that page. Most of the funding was pledged in the past 12 months. The page continues to name some special backers, including Neil Gaiman. Top countries include the USA, UK, and Canada. But proudly in the top 10 (#9) is a little country called The Netherlands – so few residents but still so many projects backed with so much funding. Clearly we Dutch like the crowdfunding principle!
The landing page itself has a nifty but minimalistic design, trying to convey the enormous number of people involved (5.7 million backers) and that $1 billion actually really is a lot of money. It follows through nicely from the email, which is also minimalistically designed but still nice. In case you needed some email marketing design inspiration for celebratory emails and following landing pages, this one should go into your favorites.
[relatedPosts]