There was hoping this new system would not be affected by it, but the first email scam has found its way to the new Facebook Messages system. Business Insider’s Matt Rosoff notes that he received a South African promo scam message, just three days after he got his Facebook email account. That’s bad marketing already for a system that’s only in its infancy, still.
The message he received: 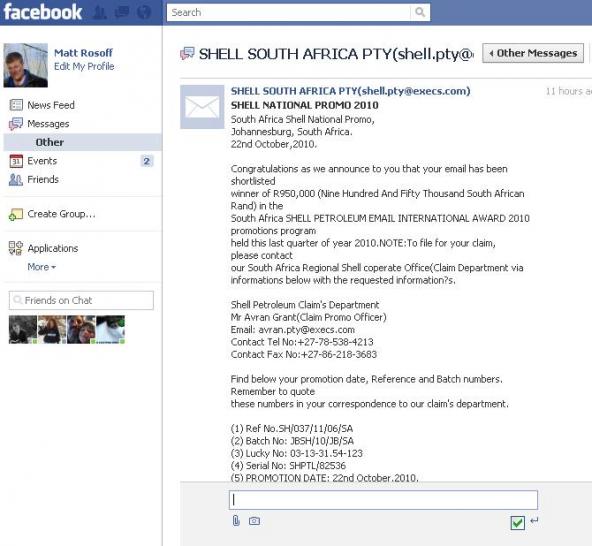 A few days ago it was noted on Twitter that a new Facebook feature actually encourages spamming: Morgan Stewart of Trendline Interactive describes in a blog post (with props to Alex Williams for discovering it) that there is a new option available called “Contact Importer for Pages” which allows you to import contacts into Facebook Pages to send out invitations to fans.Here’s a screenshot: 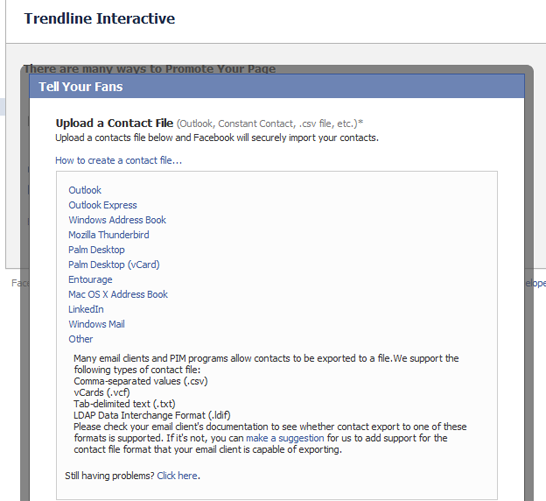 In other words, imagine your Facebook page has about 50,000 fans and you have 10,000 of their addresses, you can send a message to that group of 10,000. Spammers love these numbers and this option will be abused into infinity and beyond. A quote from the post by Morgan:

Facebook didn’t just give the keys to new and budding page admins with a slick new tool, it just handed the keys over to every opportunist and spammer in the world. In our testing, keep in mind, Trendline has 18 total fans. There are no apparent limitations on who can use this functionality. Somewhere, a Nigerian prince is thankful that his job just got easier.

I agree with Morgan, and as Matt notes in his post on Business Insider, people on Facebook are not expecting this, compared to their Hotmail and GMail accounts. So users beware of these scams popping up on your freshly activated Facebook Messages accounts!