Global spam volume has seen a big increase in February over past months: Cisco’s Senderbase shows a rise of 64% from January, from 77.3 Billion to 126.9 Billion emails. The effect of shutting down many spam operations by the authorities in cooperation with companies like Microsoft, Google and others has been watered down by this increase, sadly. 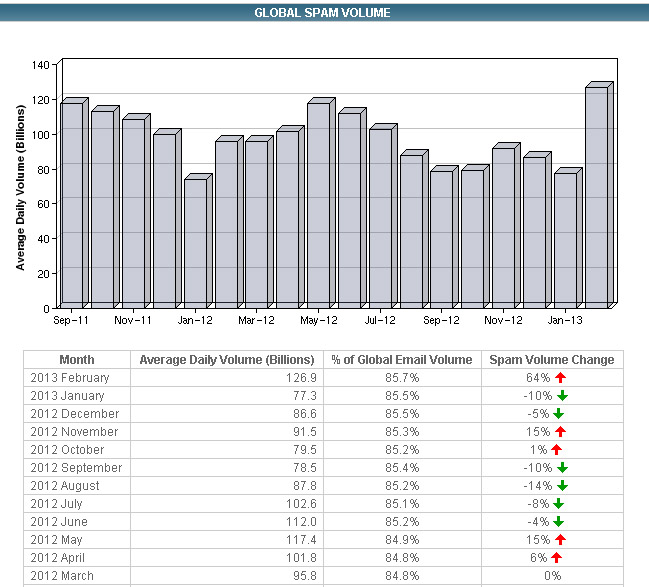 Last year, global spam volume had seen a steady decline from May 2012, dropping to a low point of 77.3 Billion emails in January this year.
The sharp increase in spam volume in February however has also seen many new malware-including emails being sent. This includes weight loss emails but also Facebook Services emails including links to shady websites.

A European security company called ‘The European Network and Information Security Agency’ even went as far as saying there should be a campaign to stop using email. The main reason noted is that email is insecure, and the receiver currently cannot correctly assess whether the email would be a threat or if it would be safe.
I don’t know about them, but I can’t think of a better communication method for businesses right now than email, even with all the bad stuff involved including spam, scam and phishing emails and such.
[relatedPosts]