My.com has been launched in the USA. It’sa serious step into the US market by the big Russian web services company Mail.ru. The first services to be available from My.com are myMail and myChat, as well as a mobile gaming site called myGames. Both myMail and myChat are available as apps for iOS and Android.

myMail is an email client which supports Outlook.com, Gmail and Yahoo and includes push notifications for emails received. 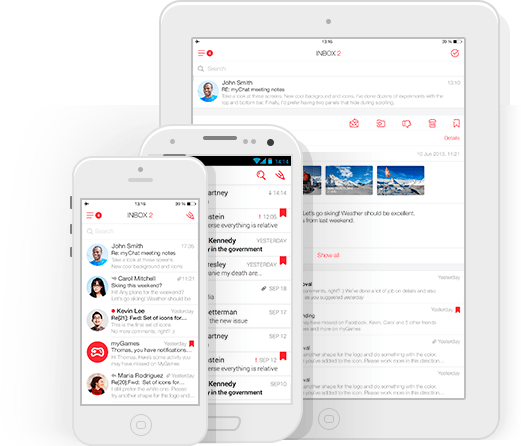 The website itself is fairly simple so far, with the three services lined up and a ‘Go’ link below it. The fourth service, myCamera, is announced but not yet available. From the description: “myCamera photo editor, effects & frames are a way to create beautiful photos that’ll surprise your friends and family.” Sounds a bit like Instagram, actually.
The website currently looks like the screenshot below: 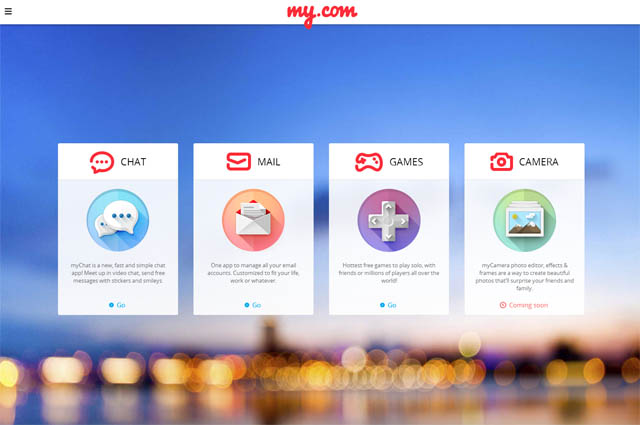 Lastly, myGames offers several types of games, promising to be ‘addicting’ – not addictive, apparently. Games included are Jungle Heat, Poker Arena, Luck Fields (Farmville anyone?) and Evolution.
With an office in Silicon Valley, Mail.ru is serious about their foray into the US market. The office will run US territory marketing and market research. App development however still takes place in Russia. The full press release can be found here.
Whether or not the myMail app will be able to take a stand against ruling email client names like the iOS Mail app and Androids email app remains to be seen. Mail.ru’s number of active users were at 33 million in late 2012 (email only: 26,9 million). This is according to the Mail.ru 2012 annual report. The free email and instant messaging services are paid for by revenue coming from the mobile gaming apps.