Late last week the first version of Google Chrome 10 was released as beta. According to the post on the Chrome blog this is the fastest version ever of the company’s browser, posting an increase of an impressive 66% on the V8 benchmark compared to the previous version: 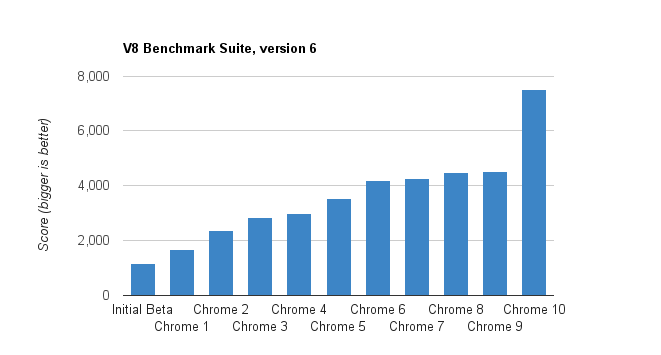 This is the first Chrome version that will utilize a computer’s GPU to accelerate video: through the use of this the load on the CPU should be a lot lower. The settings interface has been given a revamp as well, and the functionality of storing and syncing of passwords is expanded.

With the Firefox 4 Beta also available now, and recently the IE9 RC version too it seems the battle of the browsers is definitely heating up. With Chrome hovering at about 5% to 10% market share it seems it’s the only browser showing real growth currently, with Internet Explorer share declining below 60% and Firefox just hovering at the same 25% to 30%.

Take mobile seriously? Probably, cause iPhones account for 7% of opens